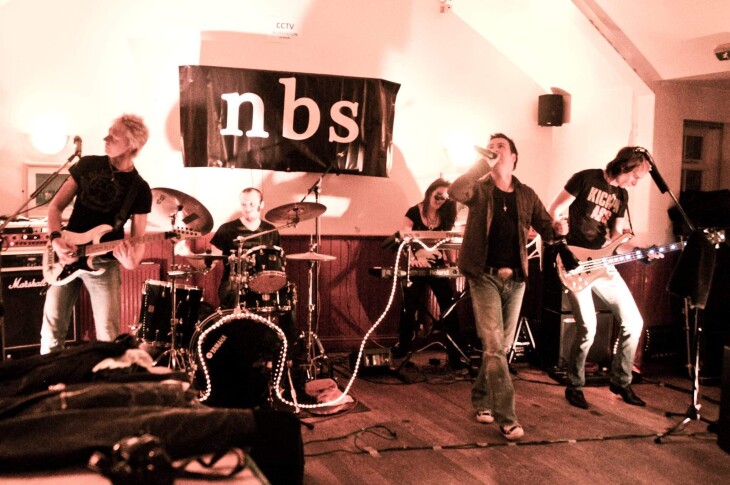 NBS are a professional 5-piece rock/pop party/function band from High Wycombe with many years experience, the most charismatic male lead singer in the area and a large repertoire of varied songs.

All the members of NBS are either professional or semi-professional musicians. Between them they have played most of the top venues in the country, produced CDs, featured in BBC Radio 1 / Absolute Radio sessions, recorded at Abbey Road releasing material that charted in the top 40, opened Hard Rock Calling to 40,000 people (supporting Bruce Springsteen) and have been active members of (X-Faxtor finalist) Ruth Lorenzo's touring band. All members of NBS cut their teeth playing rock, it is their passion, but the band like a challenge and most of all they know they are only ever the hosts of the party and take no greater pride than seeing their audience have fun. This means NBS cover the whole spectrum of music from modern and classic rock, pop, punk, soul, and out-and-out 80s cheese (the band do not know the meaning of the word shame and make no apologies for playing 1 Direction should the need arise)!

The band was formed in 1998, when several members of aspiring rock bands grew tired of the stress of trying to ‘make it big’ in the music business. The aim was to put the fun back into playing music, whilst still maintaining a professional and most of all fun approach. NBS features one of the best male singers you are likely to see in a covers band combined with guitar, bass, drums and keyboards that allow NBS to perform a wide range of material to an exemplary standard.